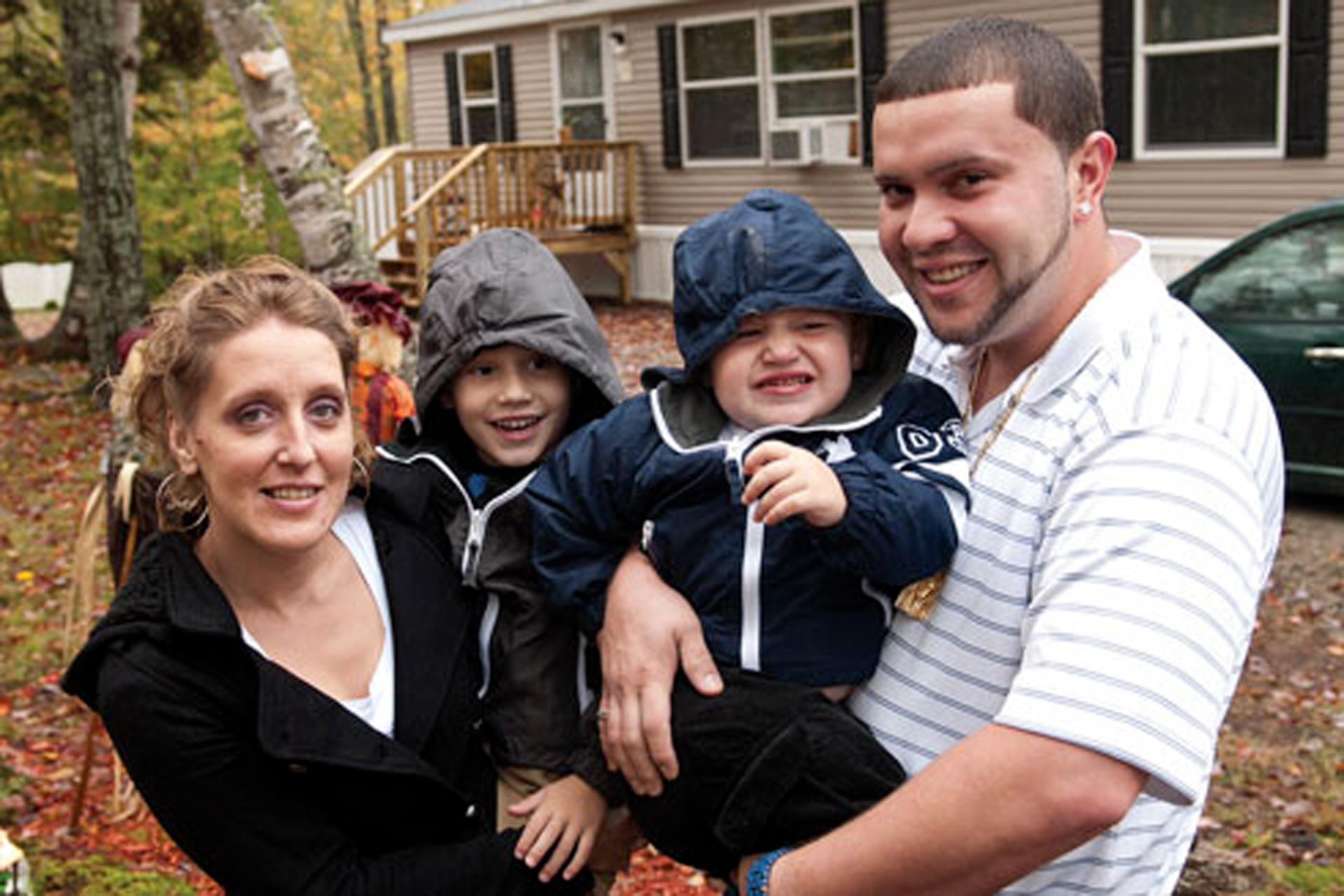 A new home means a new start for young family

Sara Cloutier, Carlos Roman Gonzalez and their sonsThe couple, in their late 20s, lost a dear friend and their home when Sara found their landlord dead from a heart attack. He was like family to Sara, who had rented from him since she was 18. He had wanted to sell Sara and Carlos the house in Bethlehem, N.H., and they had saved for a year to make that happen.

They and their young sons, Joshua and Levi, had been secure and happy there. Sara’s mom lived close by, and Carlos was a short ride from his job at the Mount Washington Resort.

But that moment changed everything. Their landlord’s family put the house on the market. Sara was haunted by the memory of finding her friend dead. Carlos was so dejected that he sometimes just sat in his car in the driveway. They needed to move away, soon, and clung to the dream of getting their own place.

It wasn’t that simple. Several years earlier, not long after he moved here, Carlos’s Social Security number was stolen and used to run up credit card debt. And Sara, who worked when she could at a local bed and breakfast, was getting increasingly ill; she would soon be diagnosed with Parkinson’s disease.

Time dragged. Getting bank approval for a loan would take six months, if they were approved at all. They loved two houses they saw, but just couldn’t get answers.

By the time they discovered the Community Loan Fund’s Welcome Home Loans, they were discouraged and skeptical. Welcome Home Loans are designed for people whose modest incomes and problems with their credit history may disqualify them for traditional mortgage loans.

Just three months after their first phone call, they were in a brand-new manufactured home in Rambling Woods Cooperative, around the corner from Sara’s mother, and paying just $30 more each month than they had for rent. The cooperative was happy to fill an empty lot.

“The whole way through, everybody was great. They treated us with respect,” says Sara. Adds Carlos, “It was like going to a store and getting what you want, you know? ‘You guys want this, you’re going to get it.’ It was fast.”

The hardest part was waiting for the finished home to be inspected (for a certificate of occupancy). “It was like the dream was not complete,” says Carlos. When he finally got the call, Carlos asked to leave work early, picked up Sara’s dad and began moving. The next night, they slept–soundly–in their new home.