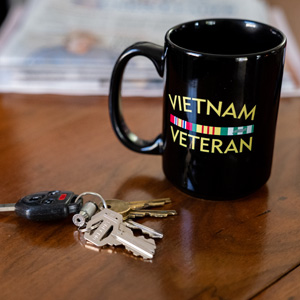 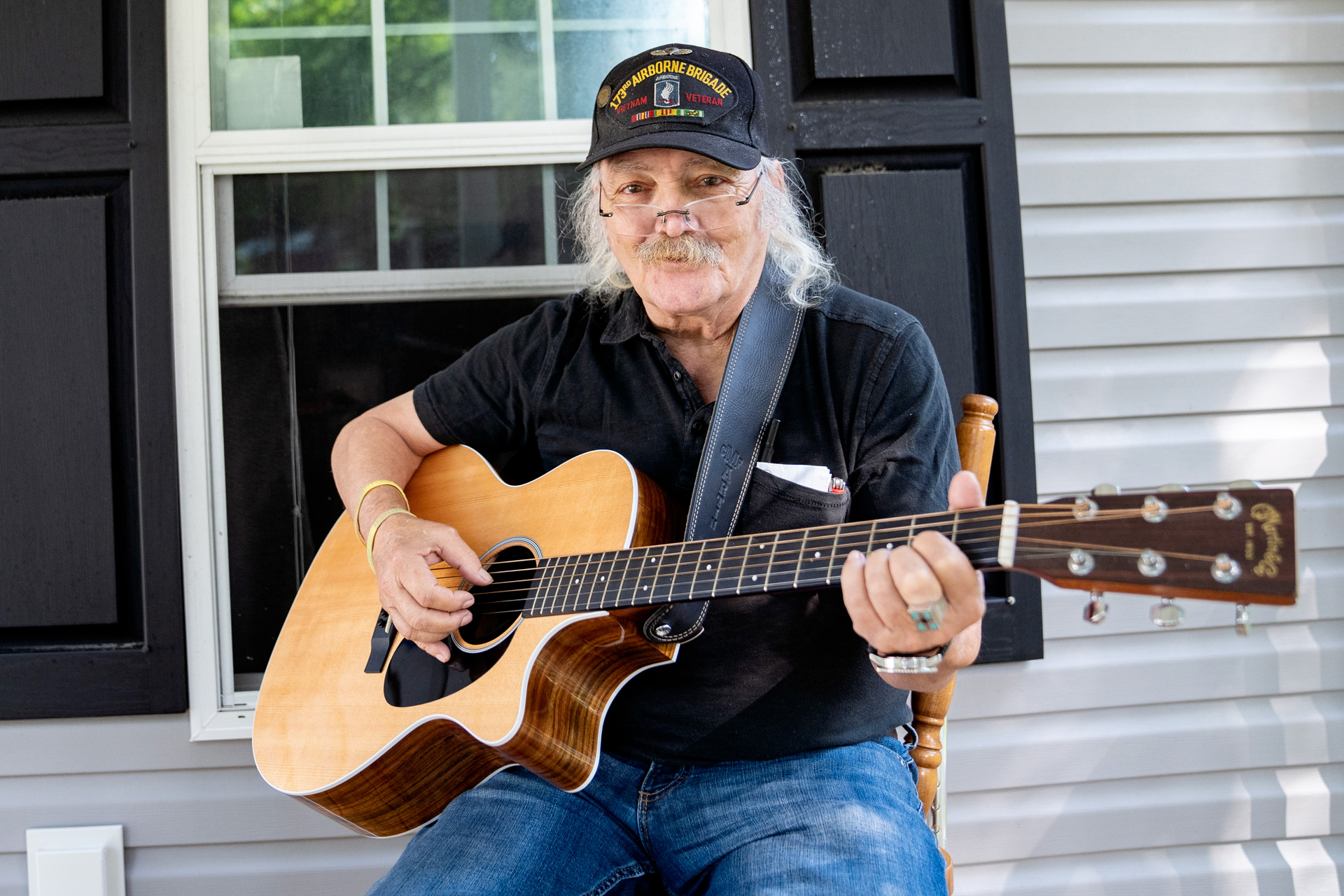 The idea: Connecting veterans’ housing needs with a resident-owned community’s desire to fill its empty lots with homes.

Peter Searching Owl Giove had barely set the last box down in his new home when a neighbor came by to welcome him to Rock Rimmon Cooperative. The woman next door followed. Then Captain Bob banged on the door with a grin and a hearty hello.

It was the “welcome home” Searching Owl never got after two tours with the 173rd Airborne Brigade in Vietnam. He returned with a Purple Heart, Combat Infantry Badge, and post-traumatic stress disorder.

Searching Owl (he was born into the Mohawk culture) jumped for his life again in January 2018 when he leaped from a third-floor window to escape a fire at his Washington, N.H. house. A snowbank saved him, but gone were his pets, musical instruments, and a half-century of hand-written sheet music.

He was more than a month in intensive care, his lungs smoke-scarred, pain shooting down his back and legs. He had performed and taught music his whole life. Now he wondered whether his mangled left hand would ever again wrap around a guitar neck.

Post-hospital, he and his son stayed in a hotel while they searched for an apartment. He was bankrupt, leaving them few options.

His luck turned when Harbor Homes had an opening in its transitional housing program for veterans. Those had become rare. Veterans who were ready to move out couldn’t find affordable apartments.

The Community Loan Fund saw an opportunity to help provide permanent homes for the vets. With guidance and financing from numerous partner organizations, including Next Step US, Merrimack County Savings Bank, and the Federal Home Loan Bank of Boston, we had 10 homes custom-built and installed in Rock Rimmon, a resident-owned community (ROC) in Danville. The small (less than 500 square feet) homes are Energy Star-certified and sold with affordable terms to veterans who lack secure housing.

Rock Rimmon’s board and members welcomed the project with open arms. The co-op benefits from the rent income generated by the 10 new homes, and from an infusion of enthusiastic members. Once a campground and RV park, the community became resident-owned in 2016 and is led by a board of directors elected by the homeowners who are co-op members.

Searching Owl admits being skeptical when he heard about the program. “I thought it was a joke. I really did,” he says. “I said someone’s trying to make money here, but I don’t see how when they’re taking on people who are desolate.”

He believed when he was handed the key to a new house in July. Friends helped carry in donated furniture, and he settled in.

“This is small but it’s perfect, especially for a single guy my age,” he says. “I have everything I need to have balance in my life.”

The Rock Rimmon homes have all been sold and occupied, but veterans may qualify for our Welcome Home Loans and downpayment assistance.