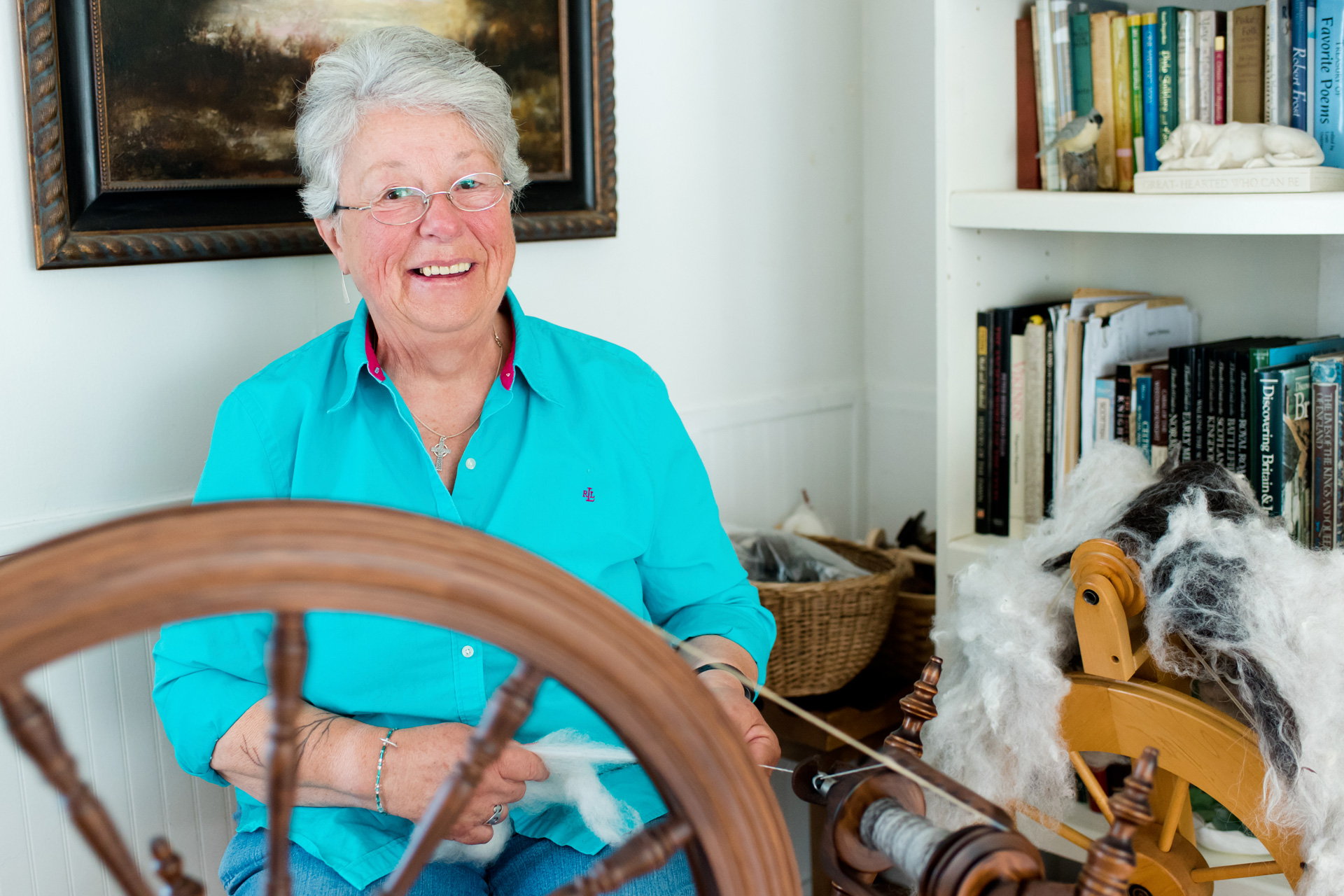 An unexpected loan, a ‘new person’

As a child, Anita Vassar dreamed of having sheep and spinning their wool into yarn. It took more than 50 years, but when she and her husband rented a small farm, Anita got her spinning wheel and a flock of five woolly Shetlands.

“It was wonderful,” she says.

And then it wasn’t. When the couple split last year, Anita was alone with her German Shepherd on the farm, with a site director’s job at an after-school program her only income. The drought doubled hay prices and Anita couldn’t afford to feed her sheep, so she let them go. She was depressed, isolated, and determined not to spend another winter on the farm.

Their rent was $1,000 a month. When she started exploring other houses and apartments, she was shocked. $1,300 for a third-floor hole-in-the-wall?

Anita had left the finances to her husband while she kept the home and cared for their children. She never had her own credit card. She knew little of bank accounts.

“I was comfortable that way. The ladies of today would say, ‘Shame on you,’ but that’s who I was.”

“I’m on my way to becoming another person.”

Now, though, she felt adrift.

Searching online for manufactured homes for sale or rent, Anita saw one located in Stonebridge Cooperative, a resident-owned community in Hillsborough. She liked the idea of living in a neighborhood again.

But the owner was selling, not renting. Who would give a 30-year mortgage to a 70-year-old?

Her Realtor knew about the Community Loan Fund’s Welcome Home Loans for manufactured homes, and its special down-payment and closing-cost assistance for low-income homebuyers. April encouraged her to apply, and Anita qualified for a loan that cost her $260 a month less than she had paid for rent.

She bought the home June 30, and as friends and relatives visited to celebrate Anita’s “dream place,” she began feeling like a new person, one who is capable, creative, and confident.

“I have the freedom—and I haven’t had that in a long time—to explore, to volunteer,” she says. She’d like a part-time job or two and has saved the house’s sunniest room for a craft studio, where she’ll test some new ideas for her papier mache sculptures.

“I’m doing my own thinking, and I’m doing my own decision-making, which is scary at times. But I’m on my way to becoming another person,” Anita says. “And you made it possible.”