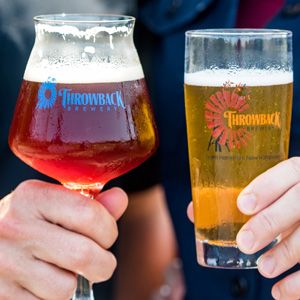 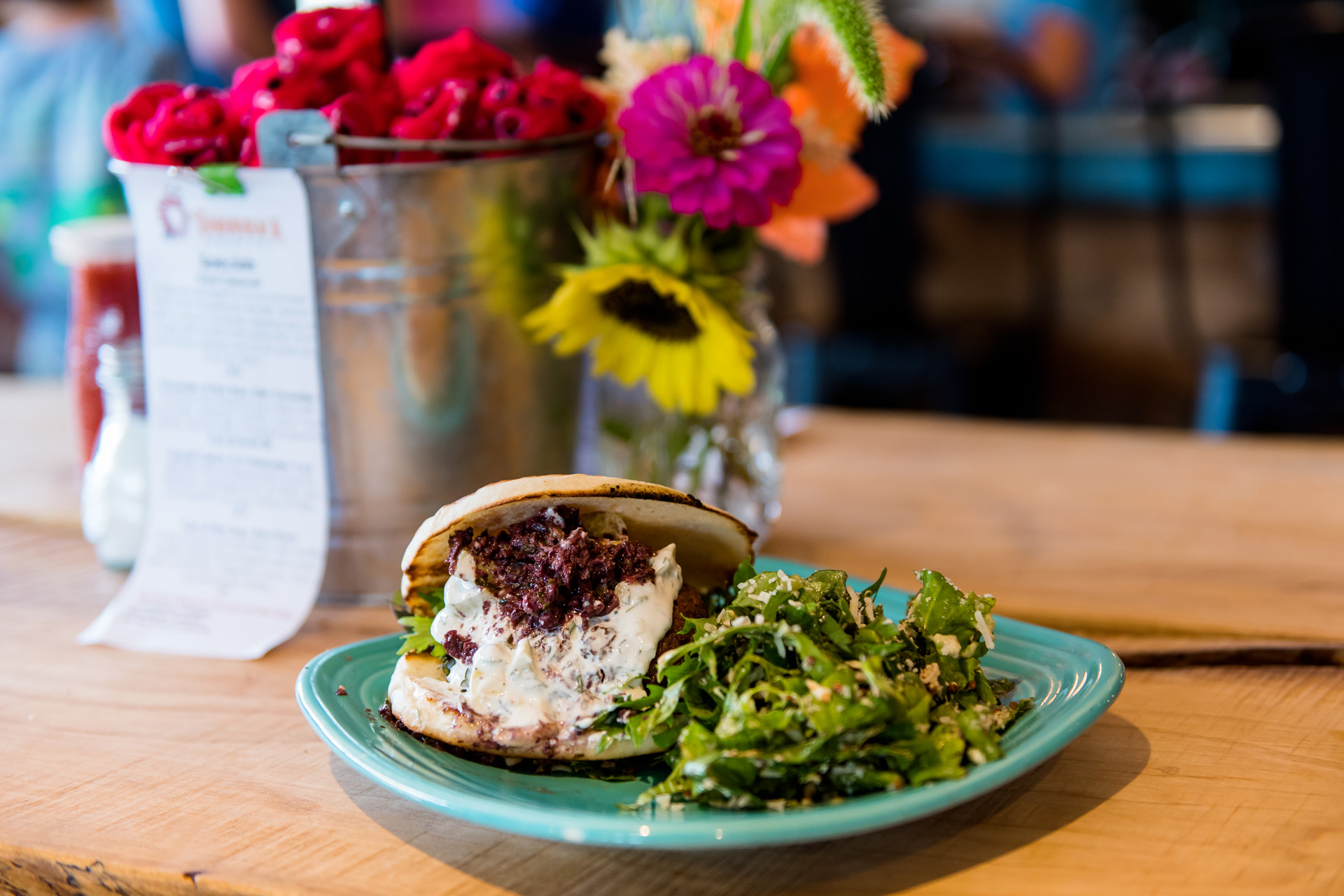 They still laugh about the panini book, and the snacks.

In 2012, Nicole Carrier and Annette Lee had an ambitious idea. They’d buy a historic 12-acre farm in Hampton, N.H., convert the barn into a brewhouse and tasting room for their one-year-old Throwback Brewery, and grow hops and other ingredients in the fields.

The initial plan was all about the beer and selling just enough food (about $210 a day) to maintain a brew pub license. “We thought it was just going to be an expanded version of our tasting room in the warehouse,” where they’d sold potato chips at a buck a bag, says Annette. So, they calculated how many sandwiches they’d need to sell, and Annette bought Nicole a panini cookbook.

They financed the project with a loan from Enterprise Bank and one from the Community Loan Fund for brewing, bottling, farm, and kitchen equipment. We also connected them with a restaurant consultant, who encouraged them to think bigger than a hot dog roller and panini press.

They began envisioning local food—maybe a cheese slate and some snacks. Then Carrie Dahlgren, a friend who’d been a chef at one of Portsmouth’s finest restaurants, joined them, ostensibly as chief snack-maker.

Snacks? Ahhh, no. Carrie, who grew up in a farming community, is all about cooking from scratch, using fresh, local ingredients. She had higher aspirations. “I’m making soup from scratch, and I’m making fresh bread,” she said.

The food service started slowly, with just Carrie and one other person, but customer demand was soon overwhelming. “We just had no idea,” says Annette. “But the food, and the creativity, and the freshness—she sources as much as we can locally within New England—all those things go so well with our mission as a brewery, and it just clicked for people.”

Three years after moving to the farm, Throwback is acclaimed for its brew, its Gastropub featuring fresh-from-the-field ingredients, its emphasis on all things fresh and local, its community events, its bucolic setting, and its business savvy. The brewing operation has grown from a three-barrel system to 15 barrels and Throwback employs 14 people full-time and another 22 part-time.

Success across the board.

And that panini book and press? Gathering dust.