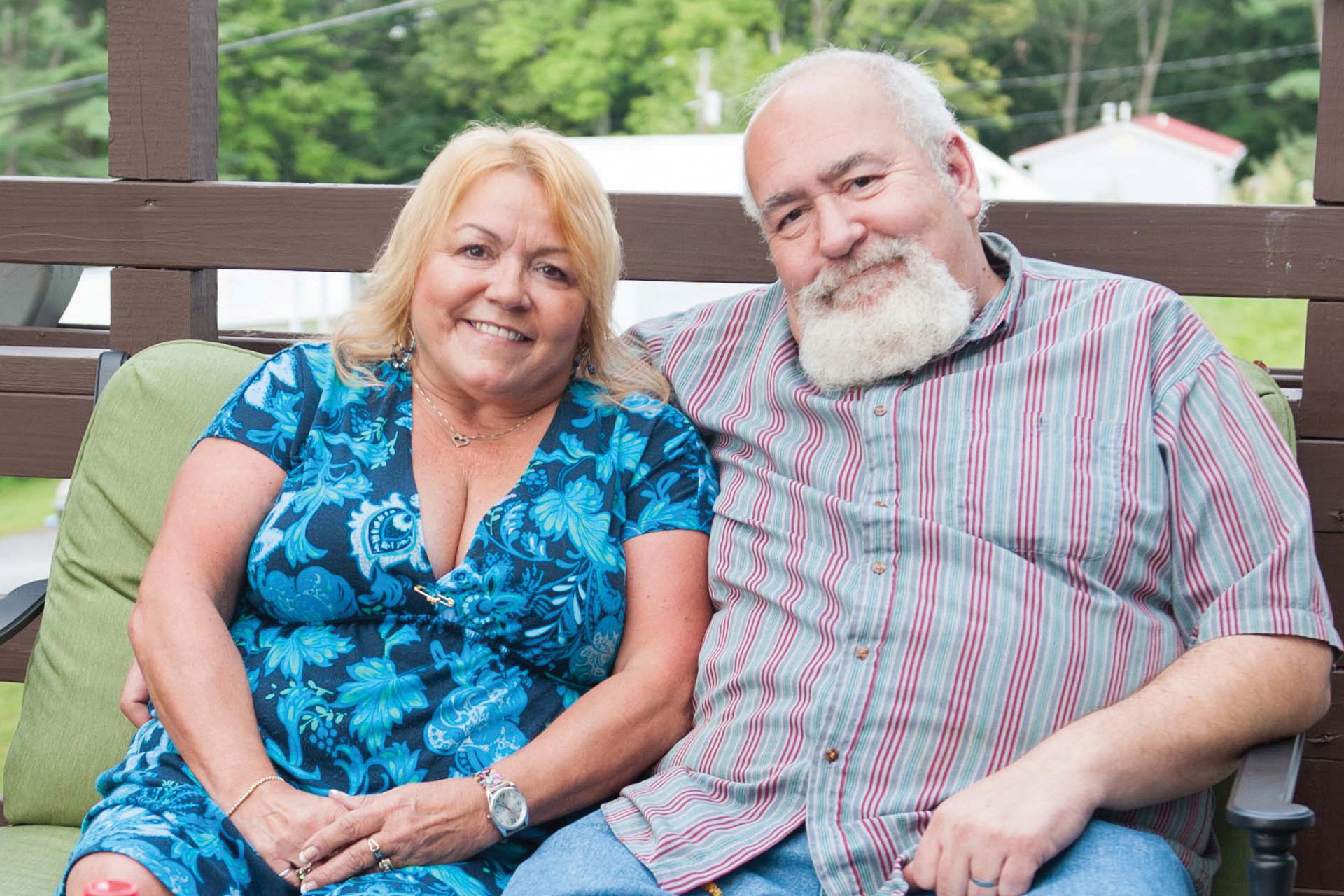 The second time around, a home loan means dignity

Their retirement years were rolling out as Mike and Kathy Scanlon had wanted: A comfortable home on a lake in Barrington and time to enjoy life.

“And then we had nothing.”

The Scanlons were among the many thousands of homeowners crushed by the recession of the late 2000s. In short order, they lost a renter and had to sell the house they owned in Vermont at a fraction of what they’d put into it. Then, when they couldn’t sell the Barrington home they were living in, and their lender wouldn’t give them more time, they lost it to foreclosure.

Bankrupt and heartbroken, Mike and Kathy landed in a tiny subsidized apartment in Durham. After 40 years of work, gone was most of their furniture and family memorabilia. They had never rented, and hated the closed-in feeling, the restrictions and the busybodies.

They sat in that apartment for three years, aching to get out, but not knowing how. They were sure that their bad credit and limited income meant no one would give them a home loan. Kathy called the Community Loan Fund and got information about its Welcome Home Loans for manufactured homes, but stuffed the application in a drawer.

Months went by. Finally, desperate to escape the apartment, Kathy mailed the application. “It wasn’t a week later that (mortgage loan originator) Ron Thompson called,” she said. “He said, ‘It looks very good for you.’ I was in shock.”

Just five weeks later, the Scanlons closed on a manufactured home in Mountain View Cooperative in Gilford, N.H. The home abuts a wooded area and has a deck, a bathtub with jets, and room for a lawn and a small garden. Even as they signed the legal paperwork, they had a truck parked outside the house, ready to move them in.

The Scanlons never got to meet and thank Ron, so soon afterward an email from Kathy landed in his inbox: “Mike and I wish to thank you so very, very much for all your help in making us homeowners once again! When we lost our home, we thought we would never be able to own our own place again. … You were the answer to our prayers!! You helped us regain some dignity and a way of life that would allow us to be happy again! We simply LOVE our new home …,” she wrote.

“Thank you, my friend, for making my ‘golden years’ golden.”

This story was published in the New Hampshire Community Loan Fund’s 2013 Annual Report.