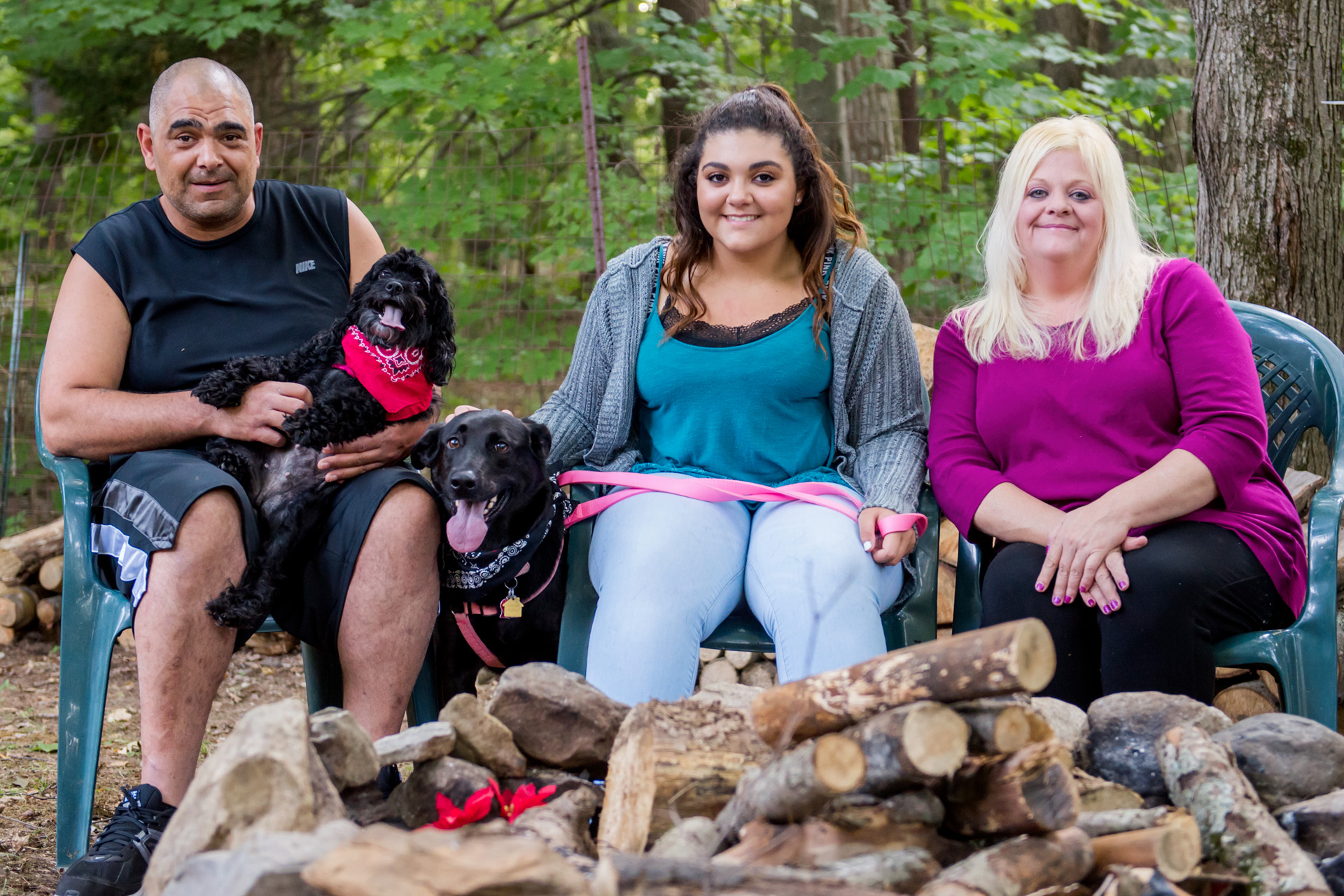 Once adrift, family settles into a home of its own

There was a kitchen infested with roaches and a neighborhood infested with drugs. There was racial harassment and the terror of bullets hitting their building. Buildings were sold and rents were raised, and raised again.

“I got to the point where I never unpacked everything,” says Donna Legare. “I felt like we were drifting.”

She and her husband, Joe Houlihan, thought things would get better for them and their young daughter, Josie Rose, if they escaped the city. They found an apartment closer to both of their families.

That place was the worst. The water smelled foul. When the roof leaked, the manager just gave them a bucket. They found out their huge electric bill was because the other apartments were connected to their meter. Then their monthly rent was hiked $400.

Donna and Joe were beat up physically from lifetimes of physical, demanding work, and beat up mentally from barely scraping by and living in stressful, unhealthy environments. Both were disabled because of illness or injury, and close to dead broke.

They found a manufactured home on an acre of land in Sandown, N.H. The house’s age and their lack of credit meant they couldn’t get a bank loan, but Donna went online and found the Community Loan Fund’s Welcome Home Loans.

Things started looking up. The house had three bedrooms, a covered porch, garage, and a fenced area for their dogs. The owner was willing to lower the price for a family that would move in, rather than tear it down. Their Realtor and Donna’s mom offered much-needed support.

Because Donna and Joe had avoided credit cards by paying with cash, they had no credit history. The Welcome Home Loan team accepted personal loan and utility payments as alternative credit.

“The Community Loan Fund worked with us every step of the way,” says Joe. “Awesome program.”

They bought the home January 8, “cried like babies,” and moved in the next day.

“Every day I wake up here, I’m happy,” says Donna. “We save a little money, we work on things, and we’re getting there. But the biggest thing is, this is our forever home. We are … finally … HOME.”