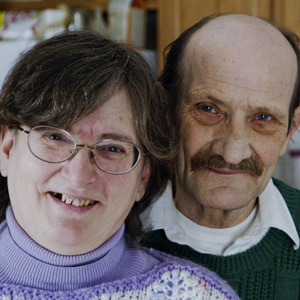 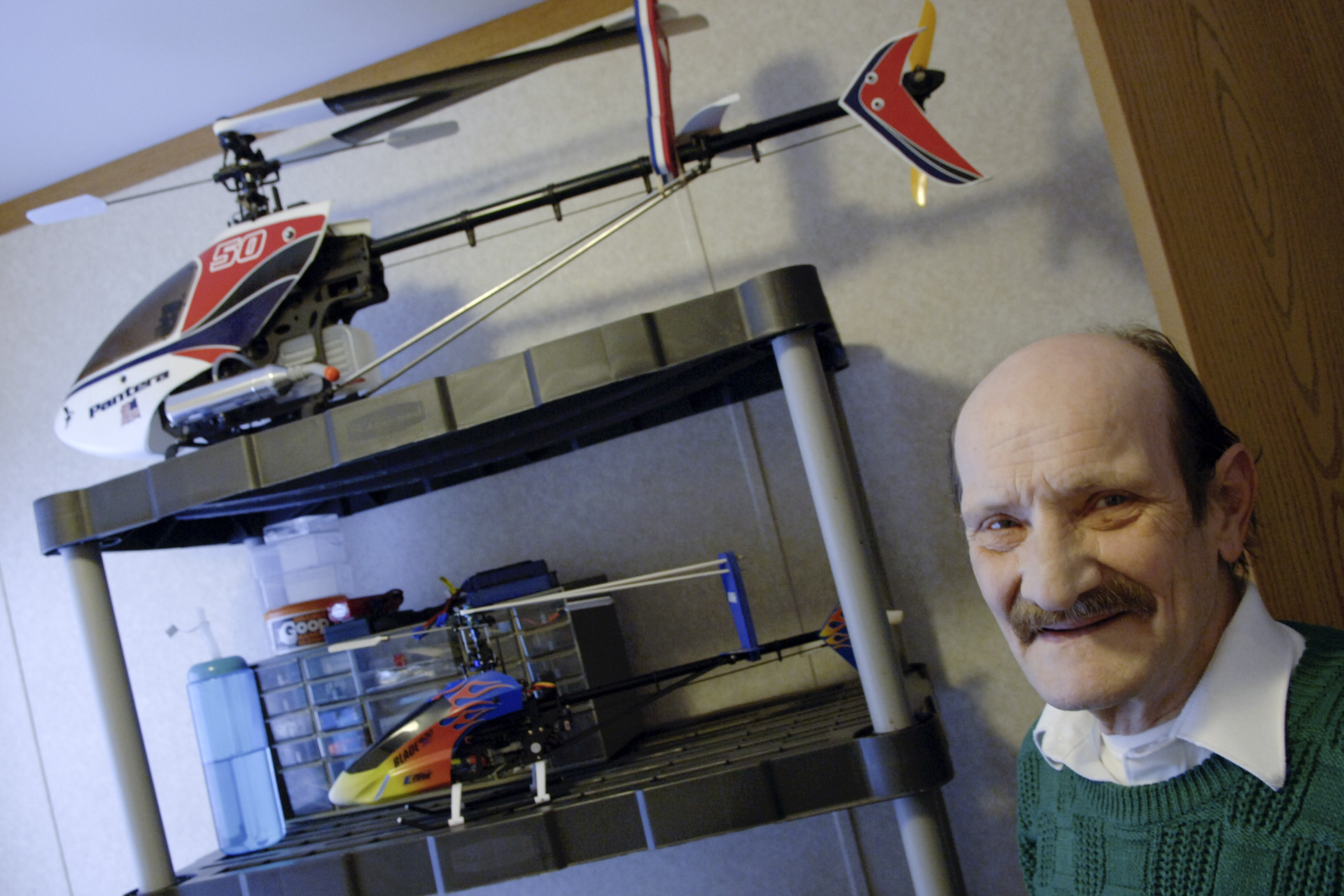 Persistence paid off for determined homeowners

One of my favorite memories is of the entire board of directors of South Parrish Road Cooperative sitting on Ed Belisle’s porch in 1992.

I had asked the park’s owner, Larry Koch, to sit down with the board and work through the co-op’s purchase of the park. I don’t think he actually thought about how many people that would be. So he came into what was no doubt unlike any negotiation he had ever experienced.

Six of us sat on couches and lawn chairs along this long, narrow, three-season porch and Ed, who was the co-op’s treasurer, had a desk in the corner that he sat behind as the executive in charge. Larry was there by himself. There was a little look of shock on his face, but he recovered quickly. And on that porch, the eight of us negotiated the successful purchase of the South Parrish Road Co-op.

Those board members communicated well among themselves, and that really helped get everyone on the same page. I thought they were extremely cohesive and pretty thoughtful about how they approached things. And you want to talk about empowerment and transparency … everybody knew exactly what was going on because the entire board was involved in the negotiation.

South Parrish Road Co-op is in Winchester and was part of the first example of manufactured-housing co-ops getting together and exercising their political muscle. Around 1993-94, residents from Elm Street, New Beginnings and South Parrish Road co-ops met with a selectman who wanted some regulations that the co-ops felt opposed their interests.

They couldn’t get this selectman off his agenda, so the three co-ops organized and literally voted him out of office. He lost his select board seat and subsequently visited with the three co-ops again and said he would change his approach if they would re-elect him. They did, and he has been a terrific supporter of co-ops and of those three communities.

When I was helping those co-ops organize, Winchester was the seventh-poorest town in New Hampshire, and Elm Street and New Beginnings were very low-income neighborhoods within that town. Twenty years later they’re going strong … I give those folks great credit.

If it can work in Winchester …

Herbie Martin was the founding president of Elm Street Co-op, a very humble, but very wise, fellow who worked at the transfer station. He knew everybody in the community, knew everybody in the park, and was well-liked by everybody. He just quietly and competently managed things through the conversion and got everything done.

When I was in the community one day, he sent word out for me to come by and see him, literally on his deathbed. I was touched. And when he died of cancer at home, his family asked if I’d eulogize him at the funeral.

It really struck me that, for a lot of community leaders, converting and then managing a co-op is a significant part of their life’s work for their community. It calls on all sorts of skills and talents and relationships and stresses—challenges on all sorts of levels. So it is absolutely right that his family would be very proud—and we would be very proud—of his work to make that park a co-op.

I’ve often used their example: Winchester is one of the poorest towns in the state, and if people in Winchester can pull together and make resident ownership work there, then it can work far and wide.

One park purchase story that really stands out is Hideaway Village Co-op in Rochester. At that time, it was called Royal Crest, and its owner had lost most of his manufactured home parks to foreclosure due to investments in condos, not parks. The parks were collateral for other risky investments. So we showed up at the auction for Royal Crest with the co-op’s board chair and 40 or 50 homeowners, and a large fellow from Connecticut stood up right in front of the co-op and just went toe to toe and bid for bid with them. He outbid them and signed the agreement to purchase.

We were so, so, bummed out and shocked. We couldn’t imagine that anyone would outbid the co-op. There was no forewarning at all about this guy being there.

Fortunately, not long afterward, word came back that the property would be re-auctioned. There had been some disagreement between the bidder and his bank and he pulled out. They re-auctioned the property like it never happened, and the co-op prevailed.

I learned two things from that experience: Failure is possible, and don’t give up too soon because persistence pays off and it might just come around again.

And what a terrific community that is now. Kevin Brigham, who was the co-op’s chair, and his wife, Chris, could afford to live virtually anywhere in Rochester. Kevin says, “Why? We can easily afford what we have here, we have two kids to pay for, and maybe we can retire some day. We have a great house in a great community.”

Another favorite story of mine is Breezy Acres Co-op in Epsom. The property was bank-owned, at the brink of being closed down. When I showed up in the neighborhood, effluent was flowing down the sides of the streets.

The co-op wanted to purchase the community and clean it up. But it required a large financing package with the purchase price and infrastructure costs all right up front. And there were some complicated legal issues. This co-op had an excellent lawyer, Gary Cassavechia, and great leadership. Gary Thulin was the founding chair. He listened hard to people, and when he spoke, they listened. He had something interesting to say, a real thoughtful, quiet leader who steadfastly worked through that purchase and all of the financing challenges it presented and they have a really beautiful community there today.

Another thing I love about that community is that three or four homes there have been replaced by their owners. To me, that’s a sign that people see this as a permanent home worthy of their long-term investment.

One of our biggest challenges is that many people don’t think of owning a “mobile home” as home ownership. The water cooler challenge we face is, someone at work might say, “You know, I’m thinking about replacing my kitchen in my mobile.” And the reaction, instead of being, “That’s cool, what are you going to do?” is, “Are you really going to sink more money into that thing?”

On the other foot

We were doing a bus tour (of Community Loan Fund projects, for donors and investors) through Breezy Acres and asked the then-treasurer, Ralph Tobias, to talk about the co-op. So Ralph came onto the bus and said, “Well, this is incredible. Where else can my wife and I live where our home is paid for, and we have monthly fees of $220 a month, plus our taxes and insurance and heat and electricity? We can’t live anyplace as affordably as this. And our son lives right up the street. Our grandson lives right here. We just love it.”

One co-op that we couldn’t convert, and it’s still painful, was Cotton Farms Village in Danville. It was a good-sized community in an exploding real estate market due to all the Massachusetts commuters. When the property went up for foreclosure, we and the co-op did lots of work preparing for the auction. But they were outbid.

It was a very nice community, nice homes, a really terrific opportunity. There’s a skating rink right in the middle of the community and every day there was a kid skating there.

That was painful because Danville desperately needed affordable homeownership and the community leaders really worked hard for it.

Sometimes the timing is wrong

The first community I worked with in 1988 was in Bristol. It was a great lesson and is really instructive about how I approach community development work on the front lines.

I remember that phone call clear as day. Ron Duso was the treasurer. He called me and basically said: We’re not going to pursue the purchase because as many people don’t want to buy the community as have joined the co-op. We don’t want to move forward and live in a contentious neighborhood.

My reaction was that I understood their choice. If you don’t think it’s the right choice for your community, then you’re doing the right thing. That’s where we left it.

They were very reasonable, smart, even-keeled leaders. It was a well-considered decision and it was a good decision. It became a brilliant decision when five or six years later the co-op bought the community for less money than we had originally negotiated!

Woodstock Cooperative in North Woodstock was another fascinating story. We got a call from one of the homeowners who said, “What do we do if we don’t know where to send our rent check?”

“Well, the park owners just abandoned the place. We don’t know what to do here. We’re plowing the snow ourselves. We’re supposed to be paying rent, but we don’t know where to send it.”

So we ended up structuring the co-op’s purchase and got the owner out of there.

This article was originally published in the summer 2012  edition of The Cooperator, ROC-NH’s newsletter.