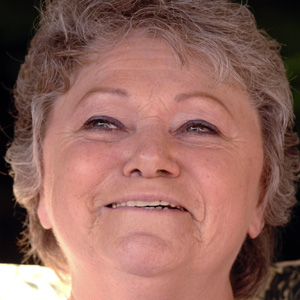 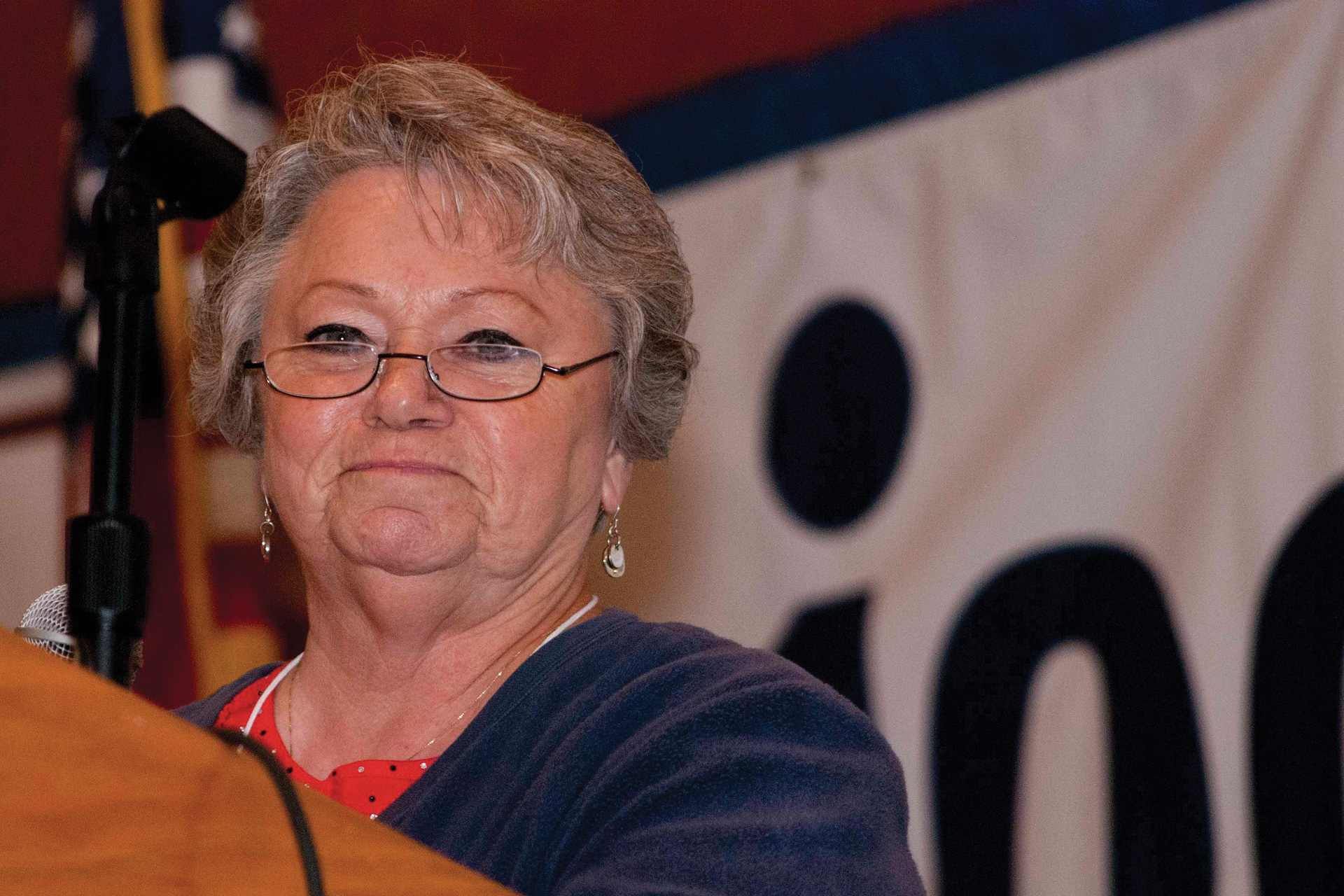 Lois Parris was a wife and full-time mom until her youngest was in kindergarten. Then, when she got a job in the office of a local truck company, she was scared stiff.

“I was very quiet and shy,” she says. “I was so scared that I went to use the adding machine with my left hand … and I was right handed!”

“I lived an everyday life. I wasn’t involved in a thing, except when it came to my family.”

All of that changed in 1985 when Parris was diagnosed with breast cancer. At first she didn’t believe it was true. Then, she says, “I had to accept it.”

“When you have a life-threatening disease like cancer, and you know that you are not in control, that there is no magic wand to make everything ok, you see life in a whole new prospective,” she says. “It gives you a strength that you have to dig deep for.”

Her strength was tested not only by the disease and the uncertainty, but also by the chemotherapy treatments every six weeks. “They were always on a Friday. I was wiped out until Sunday and could barely remember Saturday. Then I began to lose my hair—it was traumatic.”

She discovered that she is a fighter for what she believes. And she believed this wasn’t her time.

Parris won that fight. She has been cancer-free since the spring of 1986. She watched her family grow to include seven grandchildren, who came over on Friday nights for Peppermint Patties® and potato chips, and five great-grandchildren.

She also fought when Belknap MHP, where she’d lived for 17 years, was being sold in 2000.

Unlike her cancer diagnosis, which took her by surprise, Parris was prepared for this fight. She had lived there when the owner increased the homeowners’ rents $25 to pay for the park’s expansion.

“We were a cash cow to him,” she said. “The rent increase did not have anything to do with the people living in the park. The money to expand didn’t come from his pockets, but he sure lined his pockets with the profit.”

Other than the rent increase, she said, the owner didn’t bother the residents. “But he never bothered when we needed him either.”

When the park had been offered for sale 10 years earlier, Parris and others recruited residents to form a cooperative. The very first members signed up at her kitchen table on a Saturday morning. But when the sale was taken off the table, so was the residents’ opportunity to buy the park.

Parris and her fellow board members kept the co-op alive, and a second chance came in 2000. The residents received a 60-day notice that their park would be sold to a Colorado-based company. “I called the New Hampshire Community Loan Fund right away!” said Parris. Within a week, the co-op had met and its members voted to try to purchase the park.

From the park owner’s point of view, the residents’ bid was disruptive. Belknap MHP was the more attractive of two parks he was selling as a package. The Colorado company wanted Belknap MHP and was willing to purchase the other park to get it.

After the co-op’s second purchase offer was rejected, on the Wednesday before the Lakes Region’s Motorcycle Weekend, residents began to prepare for the unexpected.

Suspecting that the rival buyer might make a last-minute offer, the Community Loan Fund’s Loan Review Committee held an emergency meeting Thursday night and approved a loan to the residents.

“Peter Rhoads (from the Community Loan Fund) came to my home that Thursday evening to bring me the good news,” Parris said. “He could have called, but went out of his way to come in person to deliver the good news.”

The next morning, the co-op’s attorney received an e-mail indicating that the park’s owner planned to close on the sale the following Monday. If the co-op was ready to meet the price and close Monday, the residents would own the park.

The co-op was ready. Parris fought through the Motorcycle Week traffic to Concord Monday morning and signed the loan agreement and closing documents on behalf of Lakes Region MHP Cooperative.

“That was a miracle,” she said. “Imagine being told on a Friday to be ready for a closing Monday—almost impossible.” For the 22 years since, she has served on the Lakes Region MHP board.

Parris first became involved with the Manufactured Home Owners and Tenants Association (MOTA) of New Hampshire on a legislative committee focused on rent justification for owners of manufactured homes. She has served on its board ever since.

The first time she had to testify in front of the state legislature, Parris recalls, “I got the worst case of dry mouth. Public speaking does not come easy. Once I start talking, though, the belief in what I am saying pulls me through.”

“I fight for what I believe in—rent justification and the right to purchase,” says Parris. “I believe in rent justification because of what I went through with my former park owner. I want to take the cash cow advantage away from investor-owners and make it mandatory for them to give a reason for why they are increasing rent. Otherwise, they can raise the rent to go on a European vacation, buy a new villa, or buy another business,” she says.

“I believe in the right to purchase because the people who are affected by a sale are the people living in the park. It is their home, their life, their future and they should have the right to control it if they want to.”

Parris has also been an active observer and participant on the national Uniform Law Commission for the past two years, with hopes of having manufactured homes uniformly classified as real property, not personal property—a change that could make traditional mortgage financing available to homeowners and save them considerable money.

Her passion for her issues has made her known not just in New Hampshire, but across the nation through her work on the board of ROC USA®.

“Lois is well-versed in all aspects of resident ownership and she’s a relentless worker and advocate for the cause,” said ROC USA President Paul Bradley. “Perhaps most important is her sense of ethics—Lois has a keen sense of what’s right and wrong and doesn’t deviate from that.”

“My experience has been that it takes a lot of people working together to make a difference,” she says. “When each of us steps out of our protected box of life into an area where we are not in our comfort zone, you find that you can contribute to things you never dreamed were possible.”

“Just getting involved with my own community, MOTA of NH and the Community Loan Fund has opened many doors of opportunity for me to step out of my comfort zone and make some form of difference. A simple visit to a community that is considering forming a co-op—just speaking and answering questions they might have—is very gratifying.”

Parris says she has found a greater sense of purpose in her advocacy on behalf of manufactured-home residents across NH and across the country.

“Being able to express my/our beliefs that we are not second-class citizens and that we want and deserve to have the same protections and responsibilities as any other homeowner has been a great experience,” she says.

“I continue what I do because I believe in the need for manufactured-home-owner protections and I never want to see the rights we already have taken away. Once you get involved with something that makes a difference, it gives you the courage to continue.”

This article was originally published in the summer 2012 edition of The Cooperator, the ROC-NH newsletter.