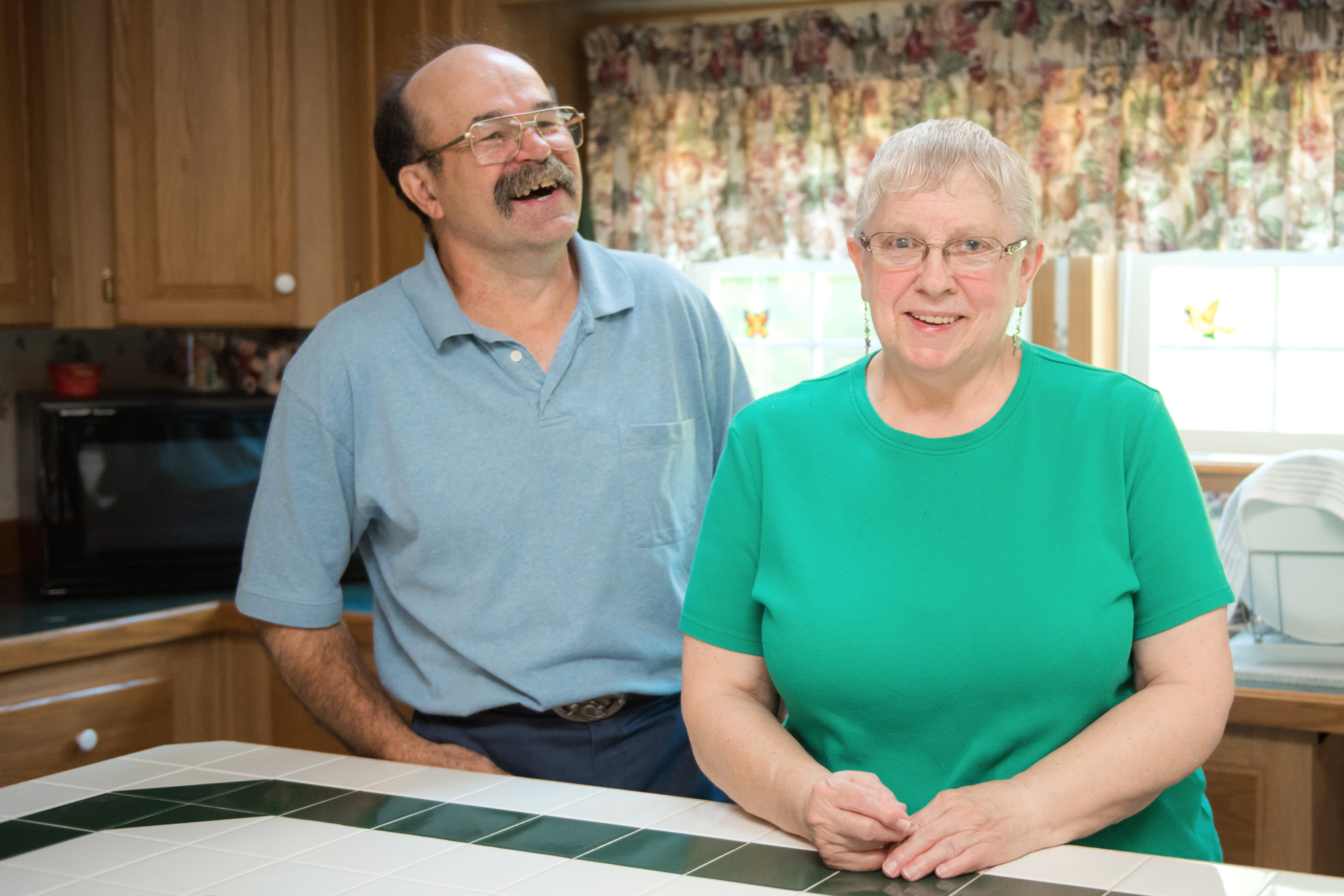 A Welcome Home Loan made it their turn, again

When the voice on the phone said that she and her husband, Kevin, had been pre-approved for a $114,000 home loan, Wanita Ordway’s voice trembled, then cracked, then dissolved into tears.

On the other end, Welcome Home Loan originator Kathi Paradis was concerned. “Do you need me to call someone for help?”
After a bankruptcy, Kevin and Wanita wondered if they’d ever again own a home. A Welcome Home Loan was the answer.

Wanita was fine. Better than fine, actually. She was thrilled.

Until that moment, she and Kevin had wondered, “When will it be our turn to buy a home?”

They had reason to believe that time would never come again. When they had a house years before, Kevin’s credit was wrecked when his personal and financial information was stolen from their mortgage company.

Then the company was bought by a multinational bank, which increased their monthly escrow payments to four times the sum of their taxes and insurance.

Amid those troubles, Wanita, who has a disability, underwent three surgeries and needed costly medication. And the couple took in and cared for Kevin’s dad, who had terminal cancer.

The bank wouldn’t lower the escrow, so after months of choosing between the mortgage payment and food and medicine, the Ordways declared bankruptcy. Their house was foreclosed upon the next summer.

They rented a couple times, but Kevin is a guy who needs projects, whether crafting fine furniture or building stone retaining walls. When landlords wouldn’t repair, say, a heating system or a porch that had collapsed under Wanita, Kevin fixed them. Their landlords didn’t like that.

So Wanita called local banks about home loans, but their bankruptcy history cut those conversations short. Then their rental agent mentioned the New Hampshire Community Loan Fund’s loans for manufactured homes. Wanita sent in an application.

When they were out scouting rentals, the Ordways had driven past a double-wide manufactured home for sale on a couple acres in Grafton. It lacked the garage or workshop Kevin wanted, but he thought, “I could play with it.”

They bought that house and land with a Welcome Home Loan in September 2013. Their monthly mortgage, insurance and taxes combined were $535 less than they had paid to rent.

It was their turn. Again.