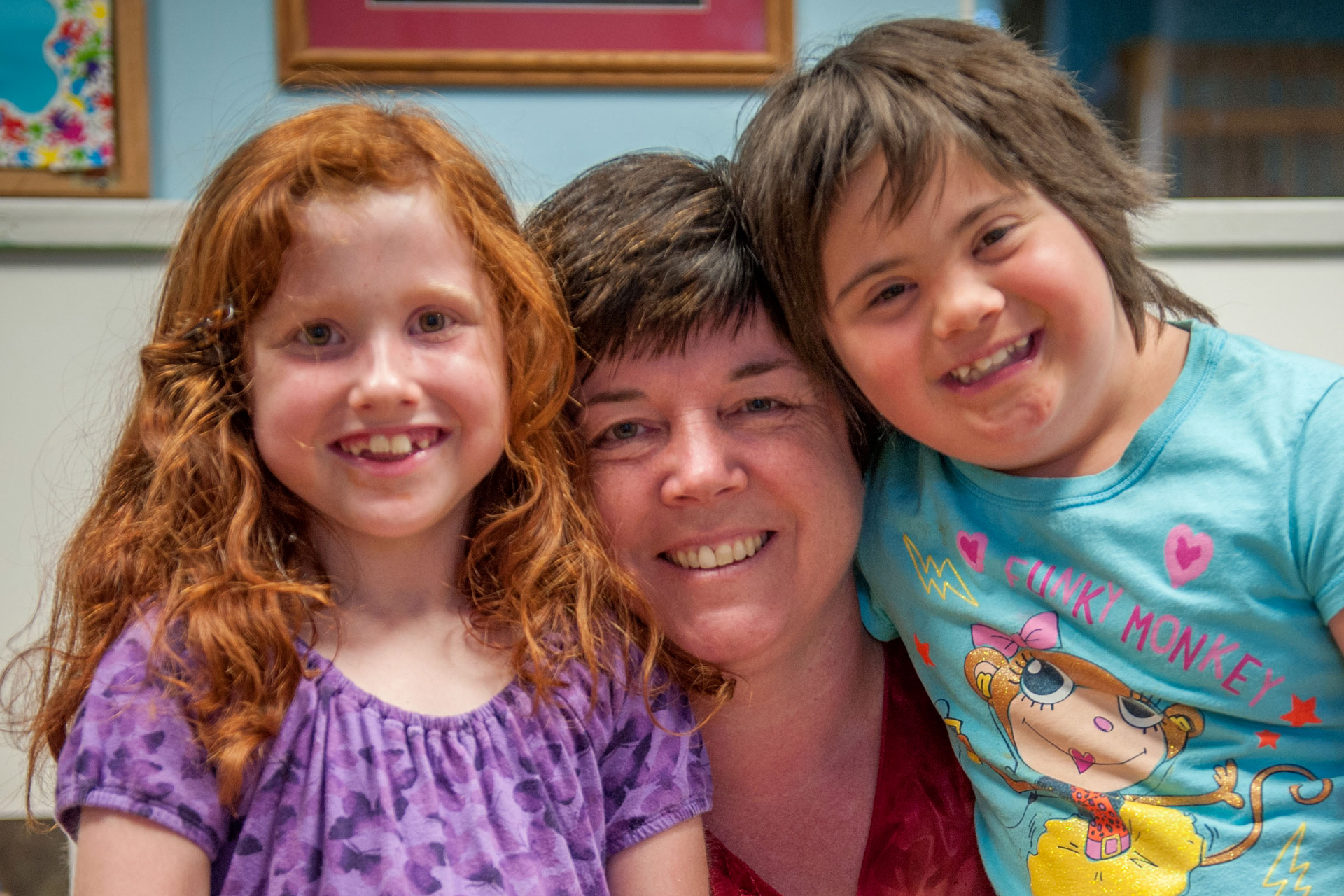 “I liked the way it felt when I walked in the door.”

Her first impression was the right one. Jessica thrived at the Children’s Center.

Two years later, Donna was pregnant again, and worried. She and her husband were told their baby girl had Down Syndrome. They wondered if the Children’s Center would be as welcoming this time. Friends whose children had disabilities said they hadn’t been able to find child care providers.

The day Donna nervously went to the center to talk about it, she and a teacher both burst into tears. Then Donna heard words that melted her heart: “Don’t worry, we can’t wait to get our hands on her.”

Katie is now 9 and still attends the Children’s Center during school vacations. “It’s been nothing but a good relationship,” said Donna, who now chairs the nonprofit’s board.

For 41 years, the Kingston Children’s Center has provided for the early education needs of its community, regardless of children’s abilities and families’ income and non-traditional schedules. Almost all of its children are from working families, for whom preschool education and child care are essential.

When the Children’s Center badly needed to insulate and reshingle its 130-year-old walls, a handful of local businesses contributed cash and volunteers. The Community Loan Fund found an energy-efficiency grant and made a loan to complete the project.

The work was finished in late winter and its benefits were felt immediately. Even on the harshest winter days, classrooms were comfortable. The oil furnace and the air conditioning don’t click on nearly as often—a big factor in keeping tuition affordable.

Townspeople noticed the project. Some parents visited for the first time, saying they hadn’t come earlier because the outside looked uninviting, said Executive Director Stacey Barnett Frias. “Some people said, ‘Finally, the outside looks as amazing as the inside!’ ”

This story was published in the Community Loan Fund’s 2013 annual report.