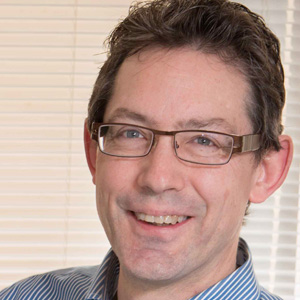 Image 4 of Manchester is one of the most-requested contractors in the exhibit industry.

The company has achieved success by transforming its clients’ business environments into pictures of success. Its annual sales are closing in on $4 million.

That wasn’t always the case.

Image 4 began life in 1987 as a commercial photography lab. Much of its work was used in trade shows, museum exhibits and corporate environments, and the business grew at a steady pace.

Thankfully, Image 4 had other clients, such as banks and financial institutions, which remained solid and helped keep the company afloat.

Not long after, Baker’s customers began asking for a one-stop experience, one that included not only graphics but entire built environments.

“We chose to respond,” said Baker. “Our designs got more client-sensitive,” as he and his employees transformed the company from a commercial photo lab to a manufacturer.

“Today, we really have become a turn-key, design-build firm from the walls in,” said Baker.

The company’s most-recent success is the creation of the entire nonstructural interior for the newly launched, 1,250-passenger Nova Star ferry, the overnight ferry between Portland, ME, and Yarmouth, Nova Scotia.

Image 4 started seeking capital in 2012, when a spike in orders created the need for additional equipment. That equipment had a high degree of “planned obsolescence”; from a banker’s view, the equipment—the loan’s collateral—would soon be worth less than the amount of the bank’s loan. Image 4’s alternative, leasing that same equipment, was prohibitively expensive.

The company’s exceptional management team had demonstrated success through several economic cycles, even as other marketing/branding organizations had failed. The equipment it planned to purchase clearly would increase Image 4’s profits, and the company had other collateral available in the case of a shortfall.

The Community Loan Fund loaned Image 4 the full price of the new equipment. This allowed the company to keep the maximum amount of working capital in the business, and it was critically needed as sales and new orders soared.

The company has continued to win marquee clients such as Burton Snowboards, American Water, BMW and Lids, as well as numerous banks and credit unions, while also being hailed as a pioneer in “green” trade show and interior decor practices.

The company was named “World’s Greenest Trade Show Exhibit Producer” in 2007 by Inc. Magazine for, among other projects, designing and installing environmentally sensitive, low-impact signs and exhibits at the NEXUS Green Building Resource Center in Boston. Several of Image 4’s employees are LEED-accredited Professionals (Leadership in Energy and Environmental Design), and Baker is a Green Advantage Certified Practitioner, a sustainability certification for construction personnel.

“It’s not only good for us as a company, but also good for our community and the world,” Baker said.