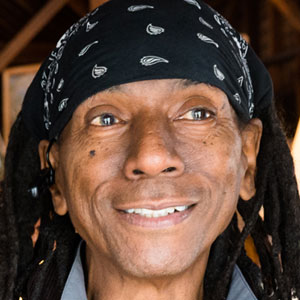 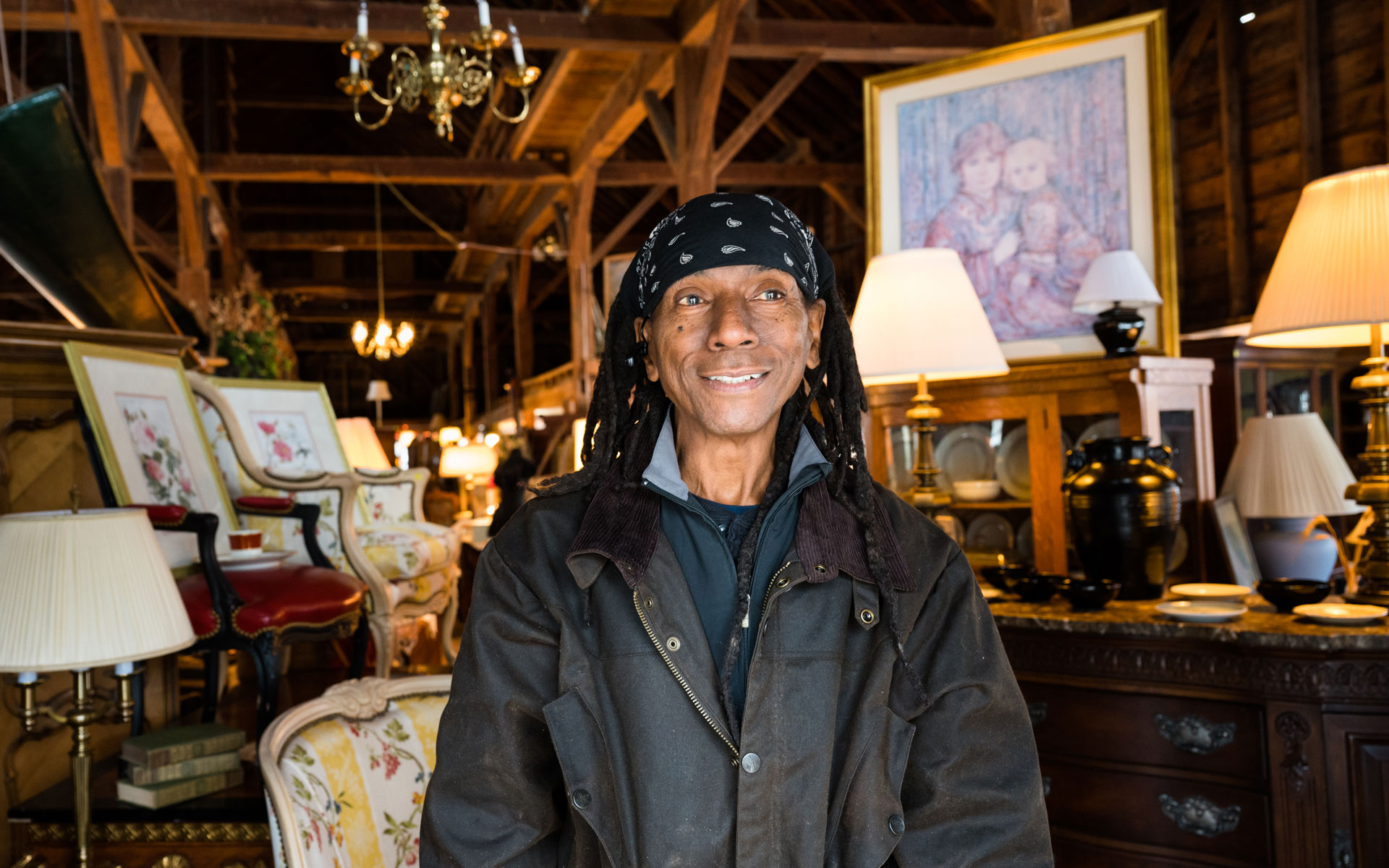 Your memories are his vision

Imagine wandering through a cool forest under a leafy canopy, with each turn in the path producing nature’s surprises—a stream here, mossy rocks there, bear-scratched marks on a tree.

Now imagine, instead, the beauty of your own memory. And instead of trees and shrubs, you discover your grandparents’ china-filled corner cabinet, an aunt’s roll-top desk, the kitchen table where your family played board games on so many rainy evenings. And around every bend, more memories.

You’re imagining In The Forest Of Time Vintage Memories, where your memory is the vision of Jessi Ryan.

Watch a video about In The Forest Of Time Vintage Memories

Jessi is a New York City writer and musician who moved to New Hampshire for love in the 1990s and fell in love with New Hampshire. You might call him a dreamer, or a visionary—he describes himself as a free spirit—but the man gets the job done.

He got into the antique business sideways, decorating his New York apartments by scouring thrift shops and a sprawling flea market in Chelsea.

“One day I put some of my stuff on the sidewalk across from that marketplace and the stuff was selling! The next week, throw more stuff down, selling! The next thing you know I’m in the big market selling,” he says.

Along the way he realized he had a talent. “I know How. To. Buy,” he says, his eyes gleaming. 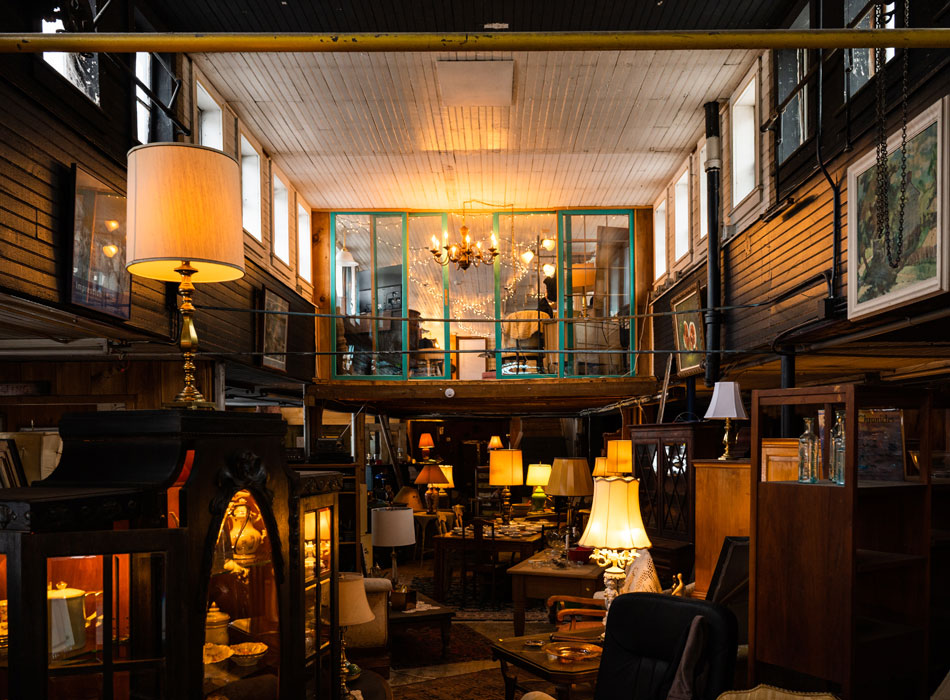 And buy he did. By 2015, Jessi had filled his small antique shop in downtown Newport and was looking for something larger. Less than a mile from the town’s center he found a large condemned barn.

“The place was horrible. I mean it was horrible! But with my New York mind I instantly saw New York City loft in this massive open space,” he said. “Its condition was not a problem because I knew I could make this place shine.”

Despite its rich history—the property had been owned by a famous vaudeville entertainer who was also a local philanthropist—the barn’s owner planned to tear it down. Instead, Jessi struck a five-year lease-to-purchase deal, then got to work.

With the help of a friend, and while working a part-time job, he filled dumpster after dumpster for week after week with rotting wood, insulation, and shingles until the barn was stripped and ready to restore. Once the floor was solid and the building sealed, Jessi set up the far corner as his living space, and the big barn space for antiques. He hauled in truckloads of furnishings and decorative finds, positioning them to delight visitors with discoveries as they walked through—much like they would a forest.

Jessi wants to offer an experience beyond that of an antique shop. He gets joy just from watching people’s eyes light up as they enter the barn and their smiles as they run their hands over generations-old furniture and table settings.

“I let people make connections when they come in here,” he says. “I always feel that if you connect with something, it’s found its home. I don’t have to sell anyone anything because if you see something and make a connection, you know it’s right.” 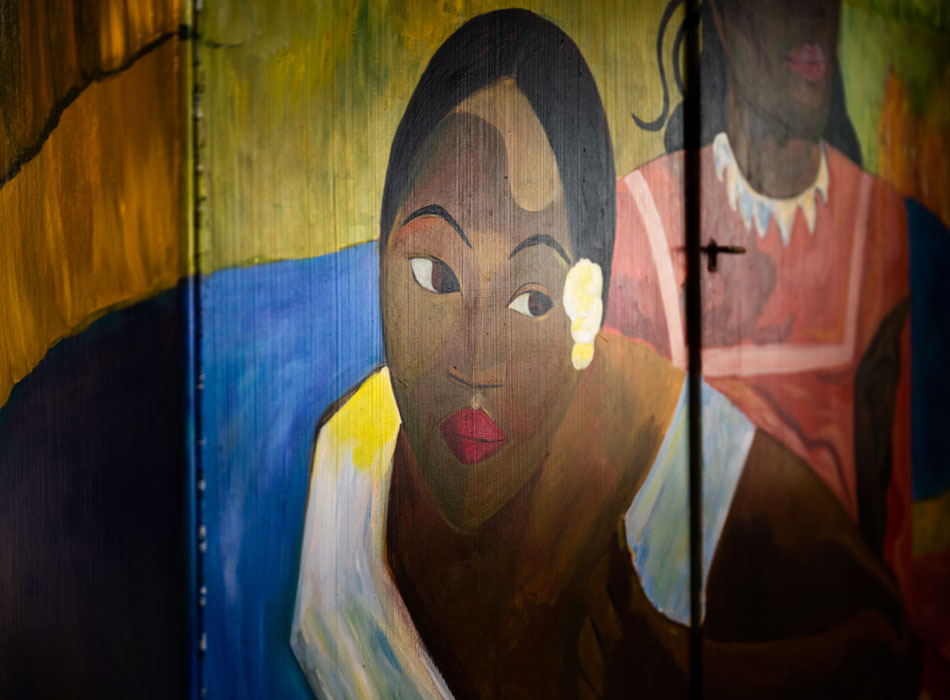 Heading into 2021, Jessi had to buy the property or lose all the time, labor, and close to $10,000 in materials he’d put into it, not to mention packaging and moving his inventory. He was unable to get traditional financing, but a Small Business Association loan officer suggested talking to the NH Community Loan Fund.

A couple of visits and a few months later, we loaned Jessi the money to buy the property. It was a no-brainer—because of the intense work he’d put into it, his enthusiasm and knowledge of antiques, and his intention to make the site a true community gathering center.

Now that he owns his home and shop, Jessi’s ambitions include an open-air market for local artists, concerts, a space for weddings and other events, a café, and an Airbnb.

“It’s a combination of creating community and connecting community,” he says. And the response of the Newport community has been humbling. One note left on his active Facebook page thanked him for coming to Newport and touching so many people.

In the end, Jessi says, it’s all about “having a place that people can come to and feel at home when they walk in and leave with a very good feeling.”

In The Forest Of Time Antiques is already that kind of place.